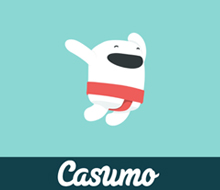 Aside from Mega Moolah and Mega Fortune, Hall of Gods is one of the most rewarding progressive jackpot slots out there. You can play it anytime at Casumo Casino, as you should, because there have been some lucky winners recently. A little over a week ago, the Hall of Gods slot paid out a striking £6,373,373 jackpot to one fortunate individual from Aberdeen. Neil, the Aberdeen-based Casumo member, experienced a stroke of luck and had a massive win on his first ever Casumo visit, believe it or not!

After the lucky event took place, Neil described how it happened. As it turns out, he was hanging out at home with his family on a Friday evening. While his wife and kids were watching TV, he took the laptop into the kitchen and signed up at Casumo Casino, excited about trying it out for the first time. It was all good fun, and he entered the site with a £30 first deposit, meaning to spend it on slots. One thing led to another, and Neil ended up playing Hall of Gods, attracted to the big jackpot. The multi-million jackpot prize fell on a £4 bet! Initially in shock, Neil called for his wife to witness what was happening on screen.

They soon realised it was the real deal – the £6,373,373 jackpot was Neil’s for the taking. Apparently, the lucky man called his parents to give them the happy news first. Being a Liverpool fan, he said he’ll be buying a season ticket for himself, but he’ll also treat his family the way they deserve. His parents will be getting a holiday home in Tenerife and his kids a trip to Disneyland. Neil is also keen on sharing his fortune, which is why he’ll also donate some of the money to charity. Good for him!