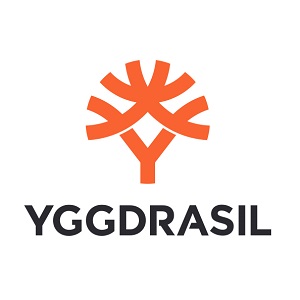 Boy oh boy, has May been a month for us iGaming fans or what? We’ve not only seen plenty of new casino launches, but also a considerable number of new pokies hitting the market, one of the most recent being Vikings Go to Hell. This aggressive sounding title may have you thinking of two other games involving vikings, both of which come from the creatives over at Yggdrasil. Well, you’ve guessed correctly that this title is related to them, as this is the third installment of the series, therefore making the Vikings games a trilogy of high energy adventures.

Having witnessed this group of warriors tackle enemies before, we knew that the interface was going to be something spectacular, but we had in no way anticipated the sheer power of this underworld matrix. Crafted into a beautifully stunning 4×5 grid, users have 25 winlines in which to navigate the monstrous hordes of the underworld, while also collecting big money prizes along the way. Not exactly your average activity, yet these guys, and Yggdrasil, make it look like a walk in the park.

The aesthetics aren’t all that players are talking about when it comes to this pokie though, as its features are something to behold also, like that of the Berserk Mode, a returning feature that proved hugely popular with fans in the earlier games. What makes the mode so different this time round however, is that here’s more variance for us to sink our teeth into, which of course means there’s bigger wins on the horizon. And so, Berserk Mode suddenly feels like a whole new feature, bursting with all sorts of possibilities.

There’s a lot of ground to cover with Vikings Go to Hell, so much so that attempting to condense it down into a single article would be an injustice to the game. That being said, we can’t not talk about the Fight Feature, a dynamic that summons demons for the vikings to kill; should they win the battle, rage and wilds can be claimed. Rage is important in activating Berserk Mode, and so it’s an emotion you’ll want to be channelling when spinning the reels.

Although the critics have been singing the praises of this latest title, none have summed up the game as neatly as Yggdrasil’s very own Jonas Strandman, who works as the Head of Slots for the company.

Vikings go to Hell is the third instalment of a successful series, so of course the only way to go was even bigger and better with visuals, sounds and wins.

Strandman also looked back at the excitement surrounding the pre-release of this title.

Since showcasing a preview of this title at ICE in February, anticipation has been building, and this release does not disappoint. We have produced a game special enough to offer something great to Vikings fans both old and new, and we can’t wait to see how players react.

We must agree that the build up to this game was immense, and that the iSENSE 2.0+ software that this game uses hasn’t disappointed us at all. And so we look forward to many more mobile compatible, highly visual HTML5 games being released by Yggdrasil in the near future. Until then however, you can band together with the vikings and try the game for yourself, or maybe watch the trailer beforehand, just to see what awaits you.