There are over 1000 games at Casumo Casino, but only dozens of jackpot slots that, every once in a while, make a player happy with a huge win and richer than he or she could ever imagine. We’ve received a report that Casumo has paid yet another massive jackpot win a week ago when a fortunate Brit triggered the Mega Fortune Dreams chief prize and scooped £85,931 in one spin.

It was only days ago that Lee from Ireland won £122,330 on mobile version of Mega Fortune Dreams, and now we’re looking at another big shot winner on the same slot game. What are the odds? An English player hit the third Casumo jackpot this year while playing Mega Fortune Dreams at his house on 2nd of March. The lucky bloke placed a £30 wager and won a staggering £85,931 jackpot. Apparently, he is a loyal Casumo gambler so the prize definitely went into the right hands. After playing at loads of different casinos, the latest Casumo winner concluded Casumo has everything that he needs: amazing jackpot slots, magnificent Live Roulette and impressive withdrawal timeframes. 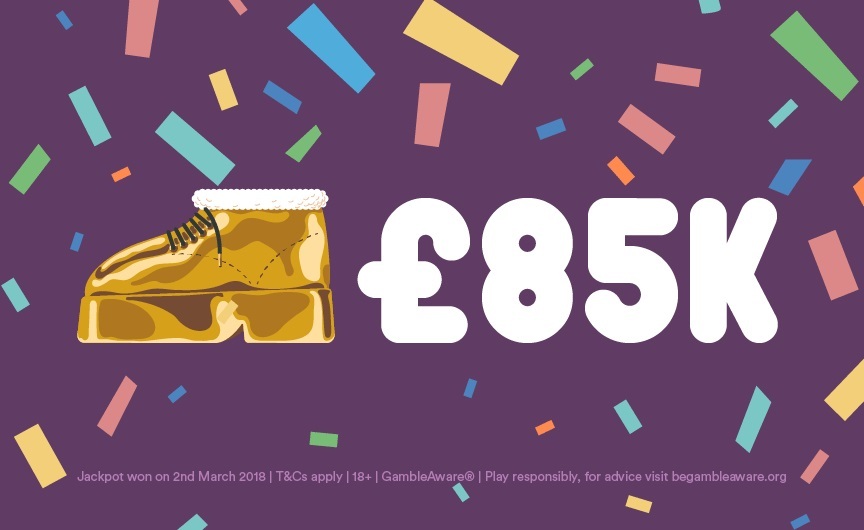 When asked how he celebrated the big win, the Brit shared that he enjoyed a top notch three course meal at a Michelin Star restaurant in Manchester and plans to go on a three-weeks-long Caribbean vacation to Dominican Republic. Over there, relaxing in the tropics, he will decide what to do with the remaining sum of his win. He also threw in a nice heartwarming detail – he bought a gift for his daughter, a fine pair of expensive designer shoes. Remarkable!

Only three months into 2018, and there have already been three jackpot wins at Casumo. It wouldn’t be a mistake to deem it a ‘lucky charm destination’ for online spinners, now would it?

The Most Terrifying Horror Slots Developed By Leading Brands