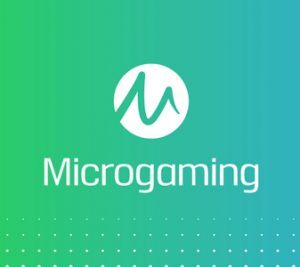 Exciting news come from Microgaming’s workshop – the iconic Agent Jane Blonde will appear once again in a fresh rendition of the slot themed on the world of espionage which will suitably bear the name Agent Jane Blonde Returns. The new online slot was developed exclusively by Stormcraft Studios for Microgaming-powered web casinos and the company announced its release at iGB Live! 2018.

The original Agent Jane Blonde video slot was released in 2005, sporting 5 reels and 9 paying lines. Themed on a suave lady spy, Agent Jane Blonde is instantly recognizable for its cartoonish style and the lack of any playing card symbols. Its successor, Agent Jane Blonde Returns will feature a 5×3 reel set and 15 paylines. The game is announced to have neon, retro wave inspired graphics and an even stronger superspy feel. Some of the features that will improve the gameplay will be Stacked Wilds and Respins, and it is said that the slot features stunning graphics and an atmospheric soundtrack and it will soon be available for Microgaming fans all over the world.

Microgaming celebrated the return of Jane Blonde at its stand at iGB Live! on 18th and 19th of July In Amsterdam where visitors had the chance to catch a glimpse of the upcoming game and taste nine flavors of ice cream. It won’t be for long before the female James Bond steps onto the reels again!