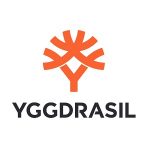 Slots, when played online, offer a lot of interesting improvements on the standard concept of spinning reels and winning cash prizes. For one, they can be stunningly beautiful and visually superb than any video game you’d ever seen. If you’re one of the players who appreciate a sight for sore eyes, then Yggdrasil-powered casinos are just the choice for you. Yggdrasil Gaming is a fairly new casino game developer, a brand that appeared in 2013. The company was founded by Fredrik Elmqvist, an experienced and extremely motivated individual – a man who was once the CEO of Net Entertainment. In just a few years’ time, Yggdrasil has enriched the online gambling world with dozens of terrific slots and other casino games, along with borderline futuristic game features, tools and platform solutions.

Visit Next Casino
Check out the best casinos that you can find on the gambling market.

Originally setting up headquarters in Malta, Yggdrasil Gaming felt the necessity to open offices in Poland and Gibraltar, to sustain the company’s growing appetites and the already established success across the European markets. We have to make a stop and dedicate a few lines to the brand’s unusual name. Yggdrasil was inspired by Norse mythology where the intricate term stands for ‘tree of life’, a mythical home for dragons, eagles and all things good and prosperous. It also stands for a gate into the 9 worlds of Scandinavian mythology. This small detail actually says a lot about the company’s vision – to create advanced games, to bring good fortune to their customers and open the gates to the gaming software of tomorrow.

Yggdrasil Gaming operates software which is fully mobile-responsive and optimised for play across all devices, including smartphones, desktops and tablets. The team completely removed any Java or Flash techniques and uses HTML5 code exclusively. HTML5 technology is as advanced as it gets, and Yggdrasil makes use of it supporting their groundbreaking iSense platform that, when playing on portable, delivers a superior performance as well as shorter loading times and instant touch reactions of the interface. Industry practices and responsible gaming is something that Yggdrasil Gaming respects and follows fully. The company adheres to licenses and regulations of the jurisdictions of Malta, Gibraltar Romania and United Kingdom.

Considering the rate of their expansion, it is almost incredible how Yggdrasil achieves such sharp graphics, intuitive layout and outstanding performance in their products. In terms of visual appeal and high definition graphic effects, many compare Yggdrasil’s slots to the titles originated from NetEnt, but some say they might have even surpassed them. Honestly, these games are mesmerising and extremely engaging; often come complete with storylines and highly developed characters, not to mention features like Infinite Autospin and others.

Yggdrasil started by developing 3D Video Keno variants and went on to creating Video Scratch releases. As fantastic as these are, the Video Slots became dominant shortly after they’d released their first video slot called Jokerizer, a title that remains one of their most popular releases to this day. Another good thing about Yggdrasil’s games is that the betting limits suit the majority of players. Despite their premium looks and fast-paced gameplay action, Yggdrasil titles are affordable and easily accessible. There are also several lotto games, like Lotto Express and Lotto7 (has a daily draw of 2.5 million). The software allows both free mode play and real money betting, so you can have a test-run of Yggdrasil products anytime you like.

Earlier, we’ve already said that video slots have become the trademark product line of Yggdrasil Gaming. So far, the company has released around 30 titles, each of them original, various in theme and packed with delightful features and prizes. Jokerizer and Winterberries stand out as the most sought-after titles. Jokerizer was voted “Game of the Year” when it was released, due to its beautiful design and pumped gameplay. It was inspired by the Mega Joker Classic slot, a classic machine which didn’t have Mystery Scatters and a Jokerizer mode as Yggdrasil’s take on the subject has. Winterberries is just as appealing slot game, offering excellent graphics and animation, in addition to multipliers and re-spins. More recent titles that have attracted a fair amount of attention are Holmes and the Stolen Stones, Empire Fortune, Vikings Go Berzerk and Alchymedes.

So, Yggdrasil games look fantastic, but do they pay? They certainly do! There are very few titles whose RTP drops lower than 96%, and we find that rather motivating, don’t you! Let’s see which games come with the highest return rates.

Working on developing multiple fields at once, Yggdrasil brought several noteworthy advancements to online casinos, starting with impressive gameplay features. The revolutionary iSense technology comes with the Swipe Reveal feature, for one. Thus useful tool allows you to use touch technique to play games, like for example use your fingers to ‘scratch’ a virtual scratch card. The Tap Reels feature is another innovation which allows quick switches between manual and automatic spins. Aside all the polishing, there is another major breakthrough in Yggdrasil’s production line. They have developed a promotional tool called Brag which allows players to watch replays of their winning spins and share them on social outlets.

A brilliant career such as the one Yggdrasil is in charge of deserves only the highest of decorations. The company has won numerous awards in these several years of its operation, including 2016 EGR B2B Award “Slot Provider of the Year”, an “iGaming Software Supplier of the Year” award at 2016 International Gaming Awards, and most recently “Innovator of the Year” at 2017 International Gaming Awards which came like the most beautiful crown for the visionary team’s effort.