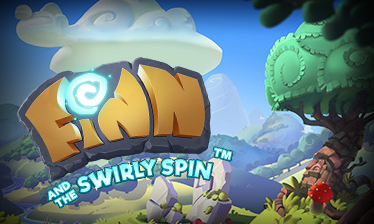 Seasoned and renowned provider, NetEnt, has released a brand new Irish themed slot machined called Finn and the Swirly Spin, with it featuring an exclusive spiral spin mechanism. This is the perfect example of when classic casino titles meet innovative social gaming.

Seen as one of the main leading providers within the industry for the last 20 years, NetEnt have upped their development yet again, with their groundbreaking mobile compatible slot machine. Finn and the Swirly Spin is an innovative online pokie that delivers a new means of spinning the reels, alongside never before seen gamification.

Finn, the main character of the title, needs to move the key around until it slides into the lock at the centre of the interface. This magical symbol will return to the starting position if you fail to form a winning combination, however if you land a win, the key will move ever forwards. When the key unlocks this whimsical door, a round of free spins will be awarded to you.

To amplify the theme of the game, and to create a more immersive environment, Finn will be transported to a different realm when the key meets the lock. There’s four lands in all which he can travel to: Lava Lair, Golden Pot, Lucky Mug, and Star Bar. What is more, due to the gamification that NetEnt has included, customers will be able to collect a key for each level. To ensure that you don’t forget your progress, a key meter is provided so that you can watch the headway you make.

In spite of the fact that this intelligent bonus round has a multifaceted approach, Finn and the Swirly Spin still has plenty more special features, including that of randomly triggered mini games. These consist of Dragon Destroy, Magic Transform, Irish Luck, and Starfall Wilds; each of them presents a new way of increasing your returns. For example, Dragon Destroy will remove a small number of icons to try and create a winning combo, a result that’s always guaranteed to succeed.

Alongside the thrilling specials, there’s also the paytable, providing many standard paying symbols, as well as two different types of wilds, one of which is sticky. Gamers can sample all of these features when they play for fun or for real cash, with the minimum stake costing no more than 0.10 credits.

This is an incredibly enticing game, packed full with sparkling imagery and textured colours, all of which complement the soundtrack of the tale Finn and the Swirly Spin weaves. The specialness of this activity isn’t lost on Chief Product Officer, Henrik Fagerlund, who commented on the entertainment value of this one armed bandit.

This is a really special production from NetEnt. The game is a visual masterclass from our designers and its new features, which include the brilliant unique spiral spin function, add a fun and never-before-seen element that will leave players thrilled to have met Finn.

NetEnt has certainly cranked up the excitement factor and Finn and the Swirly Spin has received the most positive feedback we have ever seen from game testing and we can’t wait for players to play themselves – we are sure they will love the game as much as we do as they travel the Emerald Isle.

The title is active at most NetEnt casinos, while also being available via the brand’s website, making it accessible to all iGaming fans and players.