American Dad! Finally Gets a Slot produced by PlayTech 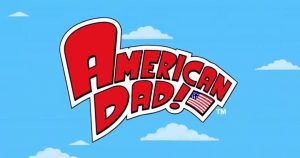 Playtech, one of the leading names in the industry really outdid itself this time with a phenomenal new release – an American Dad! slot, no less! The animated comedy has been on the air for some time now, and it also managed to scoop some prestigious awards in the meantime, but their fans haven’t had the chance to see their favourite characters from this hilarious show across the reels and place some bets while enjoying their company online – until now.

And what better company to take charge of the task than Playtech, an omni-channel gaming software developer and distributor. Playtech is doing things by the book, as it should, and started working on the American Dad! Slot after obtaining the appropriate license to use original material from the sitcom. If you enjoy watching all those bizarre adventures of the Smith family and other wacky characters from Langley Falls you’ll have a great time playing the latest Playtech’s release.

The American Dad! slot sports 5 reels and 40 winning lines. Adapting a cartoon series to the slots format has always been an exciting challenge for software creators, and the one thing that never fails is the introduction of original characters into the game. Stan, Francine, Hayley, Klaus and Steve feature as high paying symbols of the slot, whereas the look and the feel of the show transfer perfectly to the game’s interface. Even the soundtrack remains faithful to the animated series, which indicates the game is mostly trying to reach the massive fandom behind Seth MacFarlane’s popular cartoon. The graphics are truly mesmerising, but that can be attributed to the beautiful design work by the designer that have created the American Dad! Universe in the first place.

As for special features, American Dad! slot has three. Roger is the game’s Wild, and plays a crucial role in the Roger’s Random Wilds feature. In it, Roger returns from a night of partying and spins out 10 random Wilds across the reel grid. In the Wheels and the Legman feature these two funny characters will chase each other and leave Wilds behind. Ultimately, there is a Respin Feature triggered by two Schmooblydong Wheel symbols and during this round you can benefit from modifiers and free spins.

A dynamic, impressively-looking game, the American Dad! slot is a worthy representative of Playtech’s long track record of games with outstanding performance on both desktop and mobile platforms. James Frendo of Playtech, who is the company’s Casino Director, said that American Dad! is ‘a fantastic addition’ to their existing game catalogue. He also added that their newest premium-branded game is ‘vibrant’ and ‘feature-rich’. You can’t argue against that! All of you Playtech admirers, head out to your favourite online casino and try out American Dad! – an awesome slot that has been long overdue.