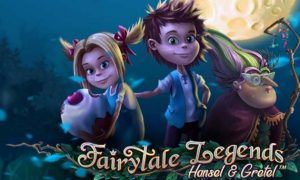 After the release of Red Riding Hood in October 2016, NetEnt recently launched Hansel and Gretel, the second title of the amazing Fairytale Legends trilogy. Once again, punters will have to follow the heroes of the 2017 release deep into the woods, trying to find the candy house and stay away from the horrible witch.

Visually impressive, the NetEnt product features a standard 5×3 layout and offers 10 paylines, which pay anywhere, so spinners will only have to land at least three matching symbols on adjacent reels and on an active payline in order to win a payout. The slot is playable from $0.10 per spin and introduces lots of exciting and rewarding additional features.

The Treasure Chests are in charge of triggering the Bonus feature, which offers instant Coin Wins, Free Spins and the Candy House Bonus, rewarding players with cool multipliers.

There is plenty to play for in the second release of the Fairytale Legends trilogy, and for a very reasonable starting price. As for the final part of the trilogy, it will be released later this year.