Two Multi-Million Jackpots Won at Casumo within a Week 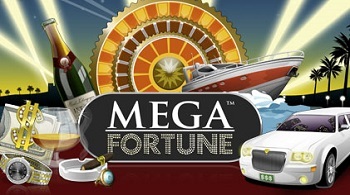 All of us who dream about scoring millions in just one spin of the reels, know that the progressive jackpots are not won every day. But guess what? Two multi-million wins were awarded at the same online casino within a period of only one week! NetEnt’s Mega Fortune and Mega Fortune Dreams have very recently cashed out a total of almost €8 million to two lucky players at Casumo. Impressive, no?

On 30th March, a 28-year-old Swede was playing Mega Fortune at €2.50 per spin, when he struck gold by landing himself a €3.3 million progressive jackpot. While it will probably take him some time to grasp the effect this amount will have on his life, his immediate plans involve a visit to the Maldives, treating his family and giving a part of his win to charity.

Mega Fortune has not only produced more millionaires that any other online progressive slot, but has also awarded the biggest ever online jackpot of €17.8 million. This generous NetEnt game plays over 5 reels and 25 paylines and features a luxury theme fitting to the lifestyle these new millionaires are likely to experience. Reels can be spun for as little as 25c, free spins come with as high as x5 multiplier, and Wheel of Fortune symbols have the power to whisk you away into Mega Fortune’s Bonus Game. Spinning of the three wheels opens the path to Mega Jackpot, and having spun three golden arrows will see you set for life. As was the case with the young Swede.

Another one of Casumo players, a 30-year-old of unknown origin, managed to collect an even bigger amount on 4th April. Winning the €4.6 million jackpot has made him Casumo’s 5th multi-millionaire and the biggest winner in the history of this online gaming venue. The lucky player has not only just signed-up, but has made news while playing at only €1 per spin on a mobile device.

Mega Fortune Dreams is the second in sequel, with even more advanced graphics and animations. It’s hard to say if it has managed to achieve the same level of popularity, or has become even more popular than the original. With 5 reels and 20 paylines, this one plays from only 20p per spin. Free Spins feature comes with an up to x8 multiplier, and the Bonus feature, much like the original one, offers a chance to win one of three progressive jackpots. The one you’re really after is, naturally, the Mega Jackpot.

Casumo’s library counts about 500 games provided by NetEnt, Microgaming, Play’n GO, NextGen, Quickspin, Elk Studios, Evolution Gaming, and a few more reputable providers. A good many of the games can also be played with the help of iOS and Android mobile devices, and as demonstrated by the Mega Fortune Dreams jackpot winner, any device can lead to a life-changing win. The Mega Jackpot is pooled amongst all the casinos which offer this game, so it won’t be long before a significant amount is once again up for grabs. Alternatively, you can try making the headlines with one of the other featured progressives, such as Arabian Nights or Hall of Gods.