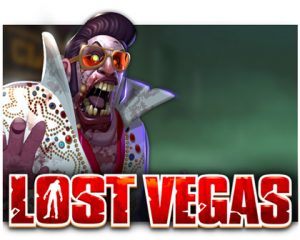 You know the phrase, “What happens in Vegas stays in Vegas”, right? Well, it certainly applies to this game. Imagine, if you will, for a moment, that you’re in Las Vegas, perhaps having a shotgun wedding? Maybe playing some of the games within a casino there? Or perhaps you’re just there on vacation? Whatever the case may be, imagine that a horde of zombies come to overtake the city. What do you do? Stand and fight with a few others? Or do you bow to the oncoming horde and join the zombie ranks? Whatever you decide to do, you’ll be able to play your way through a thoroughly entertaining slot game with this one. Coming to you from the Microgaming developer, you’ll find that it features only the highest quality of graphics that the company is known for. And, with such a strong theme and story behind it, how can you resist playing such a game?

Are You Pro Humans or Pro Zombies?

As far as the layout of the Lost Vegas game is concerned, everything shows up on a five reel and three row display. This is a fairly familiar option for you to view, so there’s nothing untoward with this. It’s upon this interface that you’ll find the various different icons. Now, these differ depending upon which side you decide to fight. One set does remain the same across both sides, and that’s the A, J, K, Q and 10 symbols. However, if you opt to fight with the human side, you’ll be able to spin reels that feature your comrades. There are five of them altogether, starting with the man who has took it upon himself to be armed with a golf club. Two women are present – one clutching a baseball bat and the other a Molotov cocktail. Finally, two men also reside on the reels, one with a gun and the other with a cleaver of sorts.

If you opt to go with the zombie team, you’ll also have your own slew of compatriots. There’s the zombie wedding couple, the female in her 40s-style attire and the zombie nurse, to begin with. The remaining two icons are of an Elvis Presley impersonator and the tourist zombie with his camera in hand. Regardless of which team you choose, you’ll always have a total of 243 ways to win in play. Players can alter the wager that they place per spin as well. You’re able to choose between a coin value of between £0.01 and £0.10. Furthermore, between one and 15 of these coins can be in play at any time. This allows a maximum wager of £45 per round.

Takeover Las Vegas or Defend It with Everything You Have?

As we said, there’s the possibility of playing as a surviving human or one of the zombies in this game. And this stands out as a pretty special feature in itself. However, there are one or two additional specialities joining these. The first of which is the scatter icon. This exists in the form of a biohazard image. Scatter symbols will provide a pay out wherever they show up on the reels. Five of them coming into view offer up a maximum pay out of 2,250 coins. However, spinning three or more into view will trigger the game’s freespins round.

As far as freespins go, this also differs between whichever side you choose to fight for. If you are on the survivors team, you will play a freespins round with ‘Stash Feature’ in action. This sees any of the A, K, J, Q and 10 icons coming into view taken off the reels. Each one that is removed adds a cash amount to your stash. Winning combinations pay again after the symbols go into the stash. Then, at the end of the freespins round, the stash prize is given to you! Freespins continue until all royals are in the stash.

Alternatively, if you choose to play on the zombie side, this provides you with an ‘Infection Feature‘ during freespins. For this, full zombie stacks will infect whole reels and these turn into a single wild reel. The freespins round continues on until all reels have a full infection on them. Up to a maximum of 50 freespins are available to you here. Survive through the 50 freespins and you’ll win a bonus prize.

There’s also a wild icon in the game, which stands in for all other icons except the scatters. Plus, the ‘Zombie Fist of Cash‘ can trigger randomly during the base game, seeing a fist grab a handful of money to add to your winnings. And, finally, the ‘Blackout Bonus’ can also strike randomly in the base game. This sees all high symbols award cash prizes to you.

There’s little more that can be said for this game, other than, “Wow!”. It actually offers up multiple special features, intriguing graphics and thoroughly entertaining game play.