Jet Off with Next Casino and Casino Luck

When it comes to online casino promotions, most of the time users can only get a specific deal by registering with a single brand. However, when it comes to the Jet Setter promotion, there’s two possible casinos you can activate it with: Next Casino and Casino Luck. These two labels are owned by Minotauro Media Ltd, a company that’s fairly well known but by no means the biggest name in iGaming. If you haven’t had the pleasure of playing with these brands previously, they’re known as rather luxurious platforms, with the atmosphere being a mature but fun loving one, as is illustrated by the promotion we’re reviewing today.

As far as we’re aware, you can be members of both of these casinos and take out the deal twice, therefore increasing your chances of winning. However, as there’s been little solid confirmation of this, we’d advise contacting the support team just in case this isn’t true. Should you not be able to play the promotion at both casinos, you’ll still be given ample chances of winning the exclusive holiday package that’s the prize of this online competition.

Due to the nature of this bonus, in that it’s an online raffle, it means that you’re in competition with a lot of fellow gamers, and so the pressure is on to perform well. Nonetheless, while doing well is paramount, it has nothing to do with your luck or skill when playing the qualifying games, but rather the amount of money you can afford to wager. To win just one raffle ticket, users must make a stake worth £50 or more, with up to 50 of these tickets available per 24 hour period. Even without doing the proper maths, it’s obvious that this is a promotion that favours highrollers rather than those of you on a budget.

In addition to the high costs of being involved, there’s also the limitations of the qualifying titles, as only Asgardian Stones, Reel Rush, and Fruit Spin are accepted; although these are good games, having to wager such a large amount of money across a total of three activities feels incredibly limiting. Unfortunately, there’s more limitations to come, as only customers residing in Sweden, Finland, and Norway are able to opt into this offer. Consequently, this isn’t the most friendly or accessible prize draw we’ve experienced, but it is one that gives its members an incredible chance to be treated like royalty. 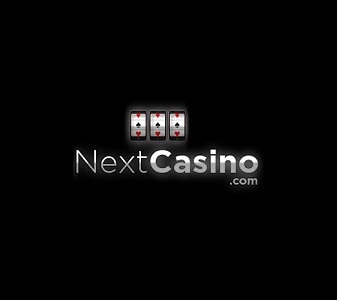 The way this will be achieved is by providing the winner with a luxury holiday, for two guests, via a private jet; the destination can be determined by you, therefore allowing copious amounts of flexibility. This alone makes for a fantastic reward, but then the additional perks come into play, which go even further to sweeten the value of this deal. Not only will you have 3,000 air miles to play with when choosing your holiday spot, but you’ll be given champagne on your flight and inside your hotel room, a three night stay at a five star hotel, breakfast included, dinner for two, and a private tour of city you’re staying in. Also, as you’ll be travelling, both casinos will provide the winner (and their guest) with comprehensive travel insurance, so that peace of mind will be had throughout the journey. No matter the terms and conditions, there’s no escaping the value of the prize you’re competing for.

If you want to join in with the Jet Setter fun, you can do so up until June 3rd, which falls on a Sunday, with the promotion having started on May 17th. Despite having missed a few days of play, there’s still plenty of time for you to claw it back and make your way to the top of the leaderboard. Once the deal comes to an end, the winner will be named, and contacted, on June 5th.