What do you get when you combine the dynamics of the sports and the thrill of slots. The answer is action-packed games that will get you into cheering or competitive mood and bring you money prizes along the way. Choose your favourite sport and dive into the sea of video slots based on popular sports. Get immersed into the game or cheer for your favourite team, there is plenty of choice on the slots market. To save you from the hassle of endless search through a plethora of titles, we give you our selection of the best sports-themed slots which are currently available. 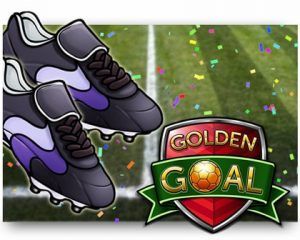 It doesn’t get much simpler than Golden Goal sporting three reels and one row with a total of four symbols. Still, bear in mind that sometimes less is more and this Play N’ Go’s release proves that, because in all its simplicity it offers a chance to win a progressive jackpot. In order to do that you will need to align three golden balls. The golden ball is the only symbol that will pay even when you find only one on the payline. Other symbols pay for combinations of three. Golden Goal comes pretty cheap from $0.25 to $0.75 per spin which is not a big price to pay to have a go at winning the progressive jackpot. This simple, yet dynamic game will appeal to fans of traditional slot machines. 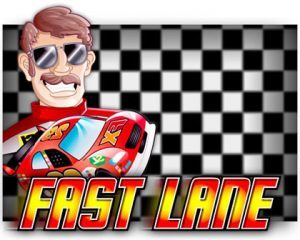 Rival Gaming have done a great job designing a slot worthy of GT1 class for all the fans of sports car races. With amazing sound and visual effects it is a treat for any race car fan. The feature of the fast lane are as dynamic as the theme, so there is a chance to grab a jackpot of 8888 coins if you find five red race cars on the reels. The green car will act as expanding wild which appears on reels 1, 3 and 5, while the blue card can trigger up to 20 Free Spins. And that is not all, landing three flags takes you the crew in charge of car 39. Picking one of them gets you the bonus. The game stores 50 paylines with the possibility to adjust the number of active lines and at a price of $0.25 per line. Fast Lane is a well-rounded slot that gives the players the chance to control their bets by adjusting the number of lines and plenty of lucrative features to benefit from in the game. 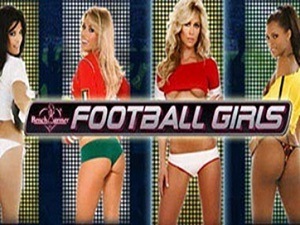 Take a look at the fun and attractive side of football with Benchwarmer Football Girls cheering and giving their full support with every step of the spinning game. Attractive girls will appear on the reels as top-paying symbols, but the best moment is when one of them expands over the entire reel during the Free Spins. This game from Playtech benefits from Football Bonus which offers instant cash prizes hidden behind five balls and the re-triggerable Benchwarmer Free Spins, that is, 10 Free Spins with stacked Benchwarmer.

Visually, the slot cannot boats premium quality or creativity for that matter as the special symbols are actually writings of the feature, but that is why you have the girls wearing nothing but panties and shirts. Featuring 5 reels and 30 paylines Benchwarmer Football Girls will definitely appeal to male part of football fans. 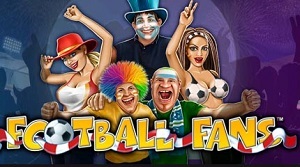 As always Playtech take any topic to the next level. Football Fans is a fantastic interactive video slot recreating the atmosphere of the crowded football stadiums with the sounds of cheering football fans in the background. European Championship is on so grab the air horn, hat in the colour of your national team and of course cold beer. The players can pick one of the following teams: Spain, Germany, England, Italy, Brazil or Argentina and the colours of the symbols will change accordingly.

Packed in 5×3 layout with 25 variable paylines, the game offers two special features: the interactive Grab-a-Beer feature that prompts you to choose the position for the beer ring on the reels and in case the beer glass lands on that position you win a prize worth 3 times your stake. The second feature is 10 Free Spins with random Wilds. A fun, immersive and dynamic slot from Playtech. 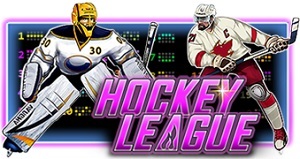 Hockey League is a 5 reel 20 payline slot by Pragmatic Play that takes you straight to the ice rink to feel the thrill of a super-charged hockey game. Visually the game does pretty well at depicting the players and the dynamics of the game, while the biggest attraction in the game will be the moment when three scattered pucks launch Most Valuable Feature which could bring a total of 20 Free Spins if you manage to retrigger the initial 10. The black puck is the most important symbol featuring as Scatter, Wild and the top-paying symbol. Though pretty simple in essence, Hockey League generously rewards hockey fans. RTP: 93.02% 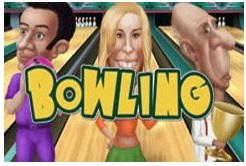 Bowling from iSoftbet is definitely one of the most amusing slots you will find. Relying on 5 paylines only it does not promise hefty prizes, but good fun is guaranteed. The bowlers are three men and a woman depicted as caricatures, which gives a comical feel to the game. Still, the main appeal of the game is the Bowling Bonus which could earn you a multiplier of 100 times your stake or a top prize of 5,000 coins. When you land three Bonus triggering symbols, a screen is launched which puts you in the bowlers position. Your task is to click the ball and knock as many bowling pins as you can. The game is simply addictive ad low variance at the same time, which means that you will be hitting the Bowling Bonus pretty often in the game. Even though Bowling is not a life-changing slot you will definitely come back for another go at the bowling lane.

Sports-themed slots have a special kind of appeal, especially to die-hard fans of certain sports disciplines. Football is definitely the most dominant of sports themes, but as you can see there are other sports that can serve as a basis for a good spinning game.